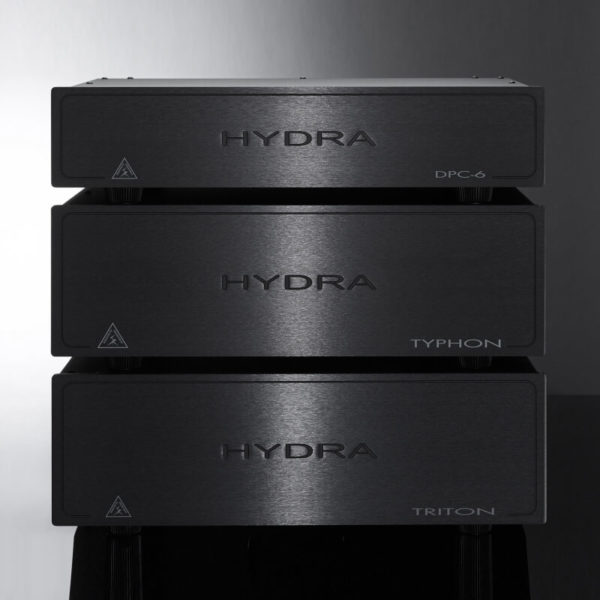 Shunyata Research’s HYDRA TRITON power distributor was originally conceived as a reference caliber power distributor that bore no compromise in design scale or performance. As the project evolved, the TRITON’s size and cost escalated beyond practical limits. The file-cabinet sized prototype was temporarily shelved while options were considered to reduce the unit’s massive one-box size and projected price. Designer Caelin Gabriel created a solution by splitting the original TRITON design into two units. The first chassis would house a stand-alone eight outlet Reference power distributor. The second chassis of equal size and greater weight, would plug into the base unit and function in parallel. This would complete Gabriel’s original vision for an ultimate performance power distributor.

Within the TYPHON’s TRITON-size case are two massive Noise Isolation Chambers (NIC’s). These cylindrical chambers take up the entire space within the TYPHON’s chassis and account for the majority of the TYPHON’s 43 pound weight. Each NIC contains an enormous volume of Shunyata’s patented ZrCa-2000 compound, which absorbs and dissipates high-frequency noise. Shunyata’s hollow-core VTX wiring, culled from ultra-pure OFC copper, runs through the chambers and connects to the IEC at the back of the TYPHON. In essence, the TYPHON is a purpose-built slave unit for the Hydra TRITON.