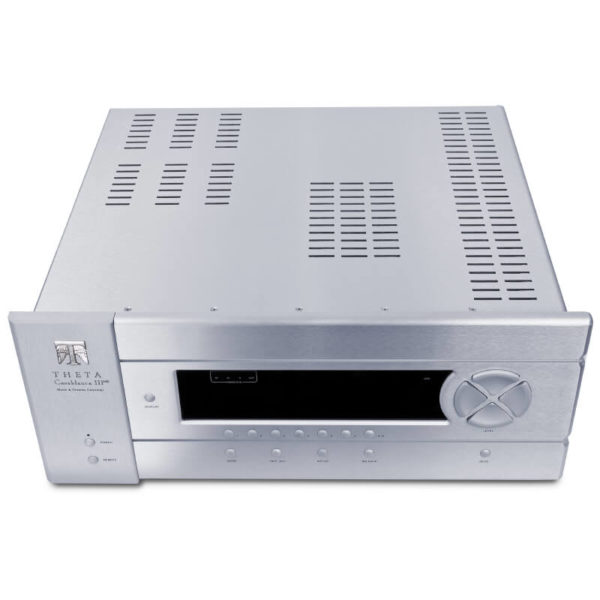 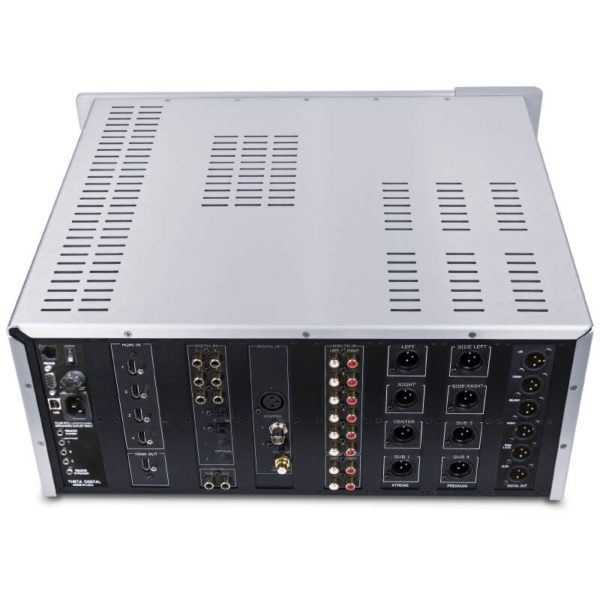 The Casablanca IIIHD is the finest sounding, most flexible preamplifier / processor available today, with proven performance and upgradeability since the debut of the original Casablanca in 1996 with continuing development for future enhancements and options coming soon. Only Theta Digital has offered such quality and long-term value in this ever-changing product category.

The Casablanca IIIHD can be easily controlled by its front panel buttons, or via standard IR remote control, or, for the ultimate in system control, by its powerful RS-232 protocol which interfaces with complete home automation systems from companies such as Crestron.

Among other things, the Casablanca IIIHD has the most extensive speaker configuration capability of any preamplifier / processor made, and can be configured with up to 12 channels of speaker output, for jaw-dropping sound quality in virtually any speaker system in any home.

Each of the 12 input selections provides for individual tailoring of all output parameters such as volume level, delay, crossover and slope. Once a given input has been fully configured, those settings can be applied to the remaining inputs, for simplicity of setup.

Each input has these industry-proven crossover options:

Each input has these crossover frequency options:

Each input has these crossover slope options:

Each input has positive and negative phase adjustment.

A Theta Digital exclusive, Center Spread technology re-allocates the center channel signal to the front left and right channels incrementally, thereby expanding the “collapsed” image present in some source material. The left and right speakers, often the best in the system, then share the burden of the center channel. The resulting sound is smoother and more articulate – even at low volume, and with less glare on louder passages.

With today’s myriad of video and audio formats, there can be a delay in the output of the video signal from some sources such as satellite tuners and cable boxes, causing the audio and video to be out of sync. The Casablanca IIIHD addresses this annoying issue by allowing the user to set an overall, or master, audio delay in order to re-sync the audio and the video signals, bringing clarity to the media experience.

Such flexibility and minute control allows each source to be fine tuned for the given listening environment and owner’s taste, for exacting precision and satisfaction.